Diffuse knowledge for interdisciplinary practices in all analog printmaking techniques.

Vision
The studio is committed to becoming a reference as an inclusive place for the teaching and practice of analog printmaking techniques; to offer archival services for institutions, museums, and professionals, and serving as an off-campus workshop where university students can learn these practices.
Administrative Board 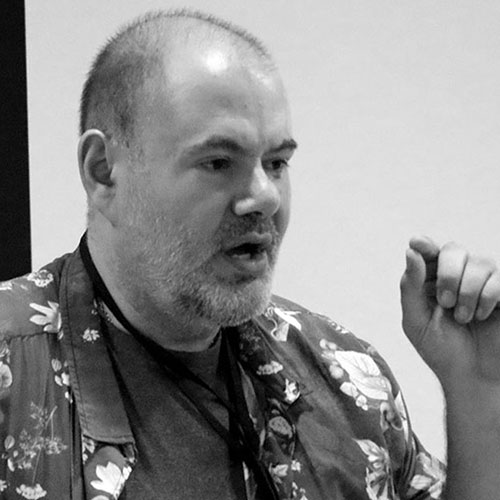 In parallel, Tarek always dedicated himself to learning new mediums and techniques and in 2010 abandoned all of his commercial ventures to dedicate himself entirely to art. Most of his work revolves around the perpetual cycle of social inclusion, breakdown of human relationships, society, and its defects.

A strong believer that “art resides in the process”, as he puts it, Tarek considers the teaching of art, and the transfer of knowledge one of the most important attributes of art.

Mourad is represented in Lebanon by Artlab, in Norway by Simart, is a part-time instructor at LIU – Lebanese International University, and the director of Beirut Printmaking Studio.  He currently pursues his master’s in education management. 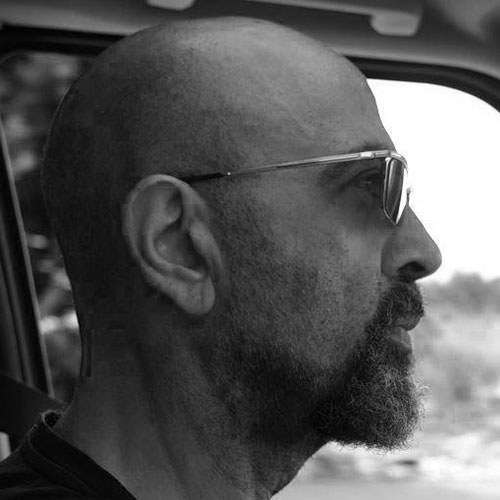 Antoine Haddad
Contibutor
Antoine Hadad is the owner of Artlab, founded in 2009 and mostly shows artists of the MENA region.

Artlab caters to a very specific niche of the art market and his roster of artists, and the artworks presented, reflect that. His gallery is adjacent to the studio and Antoine is always ready to cooperate and engage with our community in sharing ideas, consulting with individuals from our community as an artistic counselor, and even curating our own exhibitions. 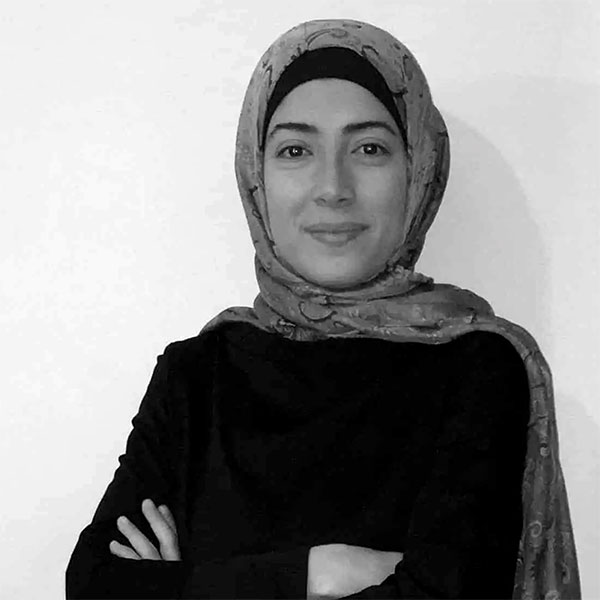 Nohad Elhajj
Contributor
Nohad is a consultant and researcher working at the intersection of private, development, and creative sectors, particularly on cross-sectorial partnerships building and system-level change processes.

Nohad holds an MSc in International Development and she has previously worked in Kuwait and South Africa. She is currently doing an advanced MSc in artistic research in social and political contexts at St Lucas Antwerpen School of Art. She is researching the potential of art practices as impactful forms of protests. 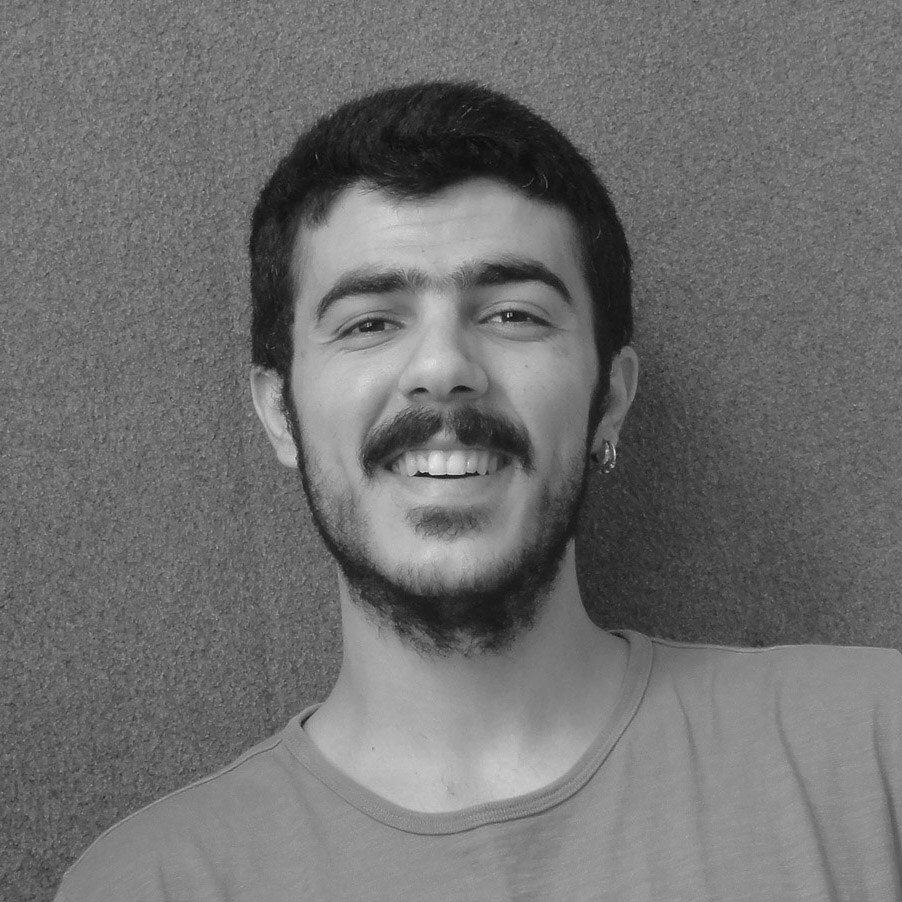 Fadi Elmelhem
Part-time Studio Assistant
Fadi Elmelhem is an artist and designer with a degree in printmaking from the University of Damascus.

From 2015 Fadi started participating in collective shows being the last one an exhibition “You Are Not Alone” held in Germany. The exhibition stimulated the participation of multiple artists during the Covid19 quarantine.

Fadi is a 2021 Beirut Printmaking Studio Scholarship Program Holder and is a part-time studio assistant. 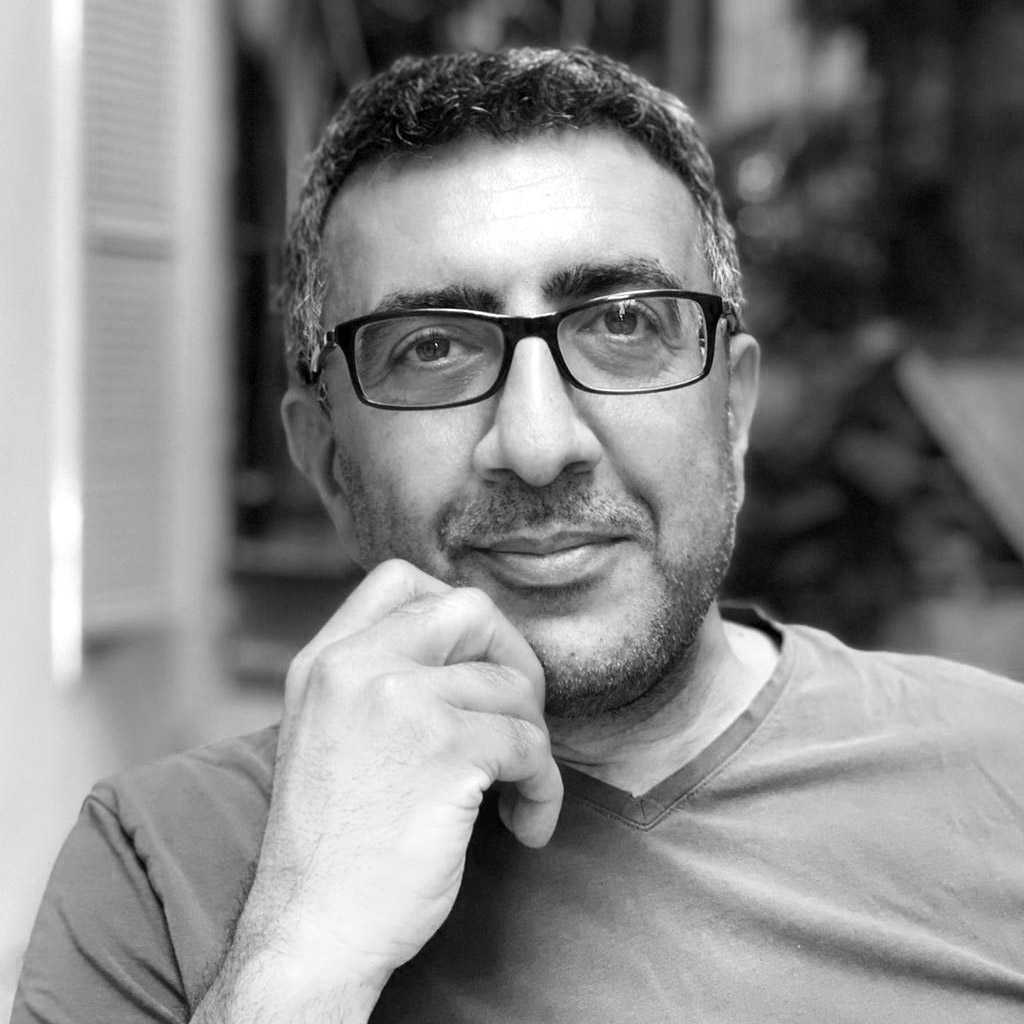 Hassan Choubassi
Advisor
Hassan Choubassi is a visual artist born in Beirut in 1970 holder of a PhD. in Communication Media from the European Graduate School, Switzerland 2014 with a thesis on the politics of mobile connectivity, “The masses: from the implosion of fantasies to the explosion of the political”, he also holds a Masters degree in Scenic Design from DasArts in Amsterdam 2005, and a BA in Fine Arts from the Lebanese American University 1996. He is currently the founding director of the Institute of Visual Communication (IVC).

He has several research studies in the field of communication media, digital and information technology in arts, augmented reality, new media in urban context, anthropological and intercultural city mapping, mobile media, alternative education, new modes of perception for university students.
His art projects including ‘Oeuvres Bacchiques’ 2000, ‘Barcode’ 2001, ‘Written Visuals’ 2002, ‘I am not the others’ 2003, ‘I am elsewhere’, ‘Lost in the city’ 2004 and ‘Beirut metro map’ 2005 were presented in Beirut, Cairo, Amsterdam, Milano, New York, London, Belgium, and Spain. 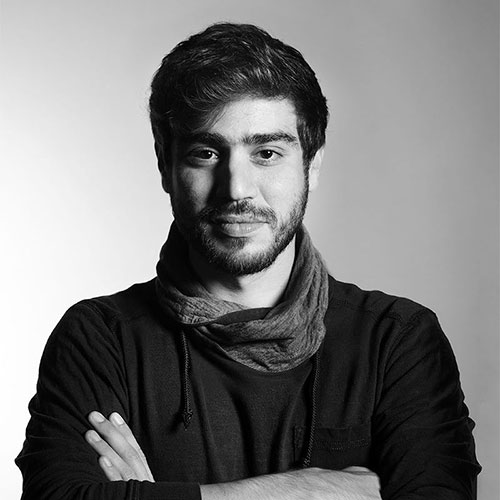 Joe Elias
Advisor
Based in Beirut, Joe Elias is a full-time volunteer in diverse art disciplines in and around the city.

After completing his studies in visual design at the Notre Dame University (NDU) in 2001, he started working as a visual communicator, art director, and consultant with local/international agencies and clients around the Middle East. His skills include -but are not limited to- publication, typography, branding, animation, and digital design.

In 2005, Elias co-founded “nimslabs”, a multidisciplinary design laboratory operating in Beirut (lb) and Cologne (de). The portfolio of “nimslabs” is diverse and encompasses communication work for both cultural and corporate entities, including international dance, cinema and music festivals, NGOs, filmmakers, as well as TV stations, banks, in addition to local and international brands.

In 2007, Elias joined the International University in Beirut (LIU/BIU) as a lecturer and juror. He helped institute curricula covering conceptual design, communication art, fundamental studies, animation, branding, and typography. He has also organized symposiums, workshops, seminars, and research presentations on both the undergraduate and graduate levels. He is currently a Visiting Lecturer and Associate Director at the Institute of Visual Communication. 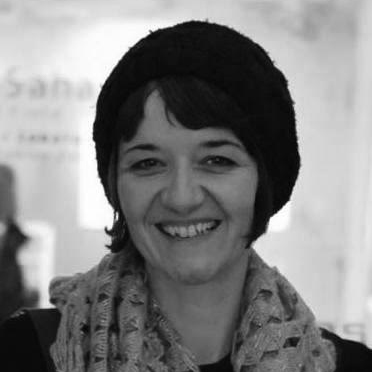 She received the Medal of Honor at INTAGLIO – The first International Mini-Print Triennial, Kiev, UKR in 2018, Grand Prize of the Biennial of Contemporary Engravings of Trois-Rivières, Quebec in 2017, Audience Award – Art Hub Open print, Deptford, London, UK in 2015, and Young printmaking prize at the Salon d’Automne, Champs-Elysées, Paris in 2014.

Her works are present in the collections of the MAMAC (Cabinet des Estampes) of Liège, the Hospice St-Roch Museum in Issoudun, Indre et Loire, China Printmaking Museum, Guanlan, and of the Plantin-Moretus Museum, Antwerp. 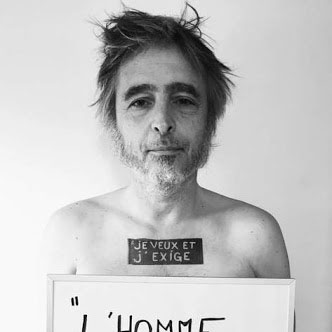 Jean-Michel Uytersproot
Advisor
After several years of painting in the studio of the painter Paul Gobert at the Academy of Fine Arts in Watermael-Boitsfort, Jean-Michel Uyttersprot turned to engraving, photography and video.
In 2004, he studied engraving in Paul Dumont’s workshop at the Art School of Braine-l’Alleud (Belgium). He attended Paul Dumont’s workshop until 2014 and currently offers engraving workshops.

Jean-Michel is a member of the French engravers association, Le Trait – Graveurs d’aujourd’hui. In 2015, along with his partner Catho Hensmans, they created the Gallery and Editions K1L publisher of the magazine “Actuel, l’Estampe Contemporaine”. Editions K1L also created the Facebook group “Parlons Gravure”, which now has almost 11,000 members from 5 continents.